A quick overview of August

Didn't do as much painting in August as I hoped to do, but much of it was a feast for the eyes, which I hope to interpret in paint later on.
Here's a brief look at last months work: 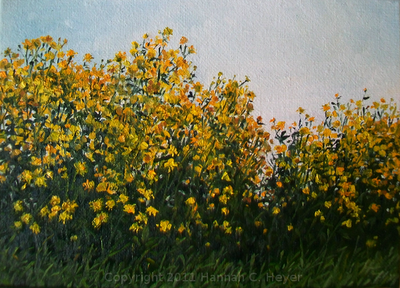 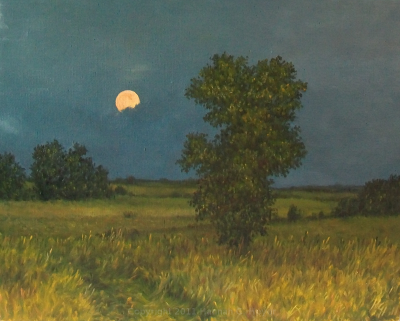 Green Corn Moon, 8x10" oil on linen. The moon on August 14 rose in a blue-gray dusky sky, where clouds that covered it blended into the clear sky above. Did a sketch late that night while the memory was fresh in my mind, and painted the following day. 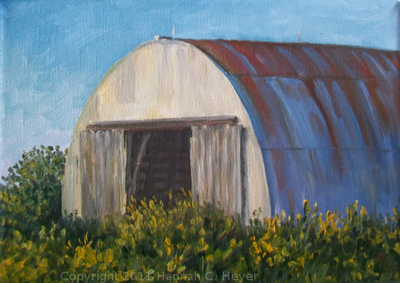 August 22, 2011, 5x7" oil on linen
A little 5x7" plein air painting of our rusty Quonset shed in the evening light. It was a hard day, and it was great to stop and appreciate the beauty light gives to the most mundane objects. 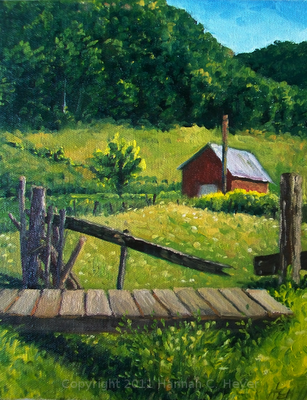 August 25, 2011
Footbridge plein air, 10x8" oil on cotton
Last meeting of my little oil painting group that met bi-weekly this summer. You guys did great, and were so much fun. :) I hope you keep on painting! 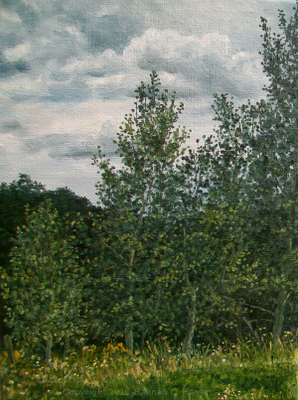 8x6" oil on linen
August 28, 2011, plein air painting under a beautiful cloudy sky, with the sound of the wind blowing through the poplar leaves. Goldenrod and Queen Anne's Lace and thistles. 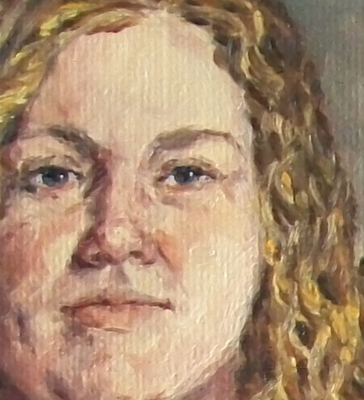 And a peak at the first step in my next project, studying the face and form. It will get better, and I'm so thankful for friends who will sit for 5 hours and not get mad when the artist inserts sarcastic lines into romantic movies meant to entertain the sitter. You're the best. :-D