As much as I love Minnesota, every once in awhile it's nice to get away for a bit. This month I was privileged to spend a week in Puerto Rico with a group of my favorite artists and their better halves, painting and soaking up the sunshine.


There wasn't much of the latter at the beginning of the week. The first day out, after it started pouring, we all ended up under shelter, painting some of the local buildings. 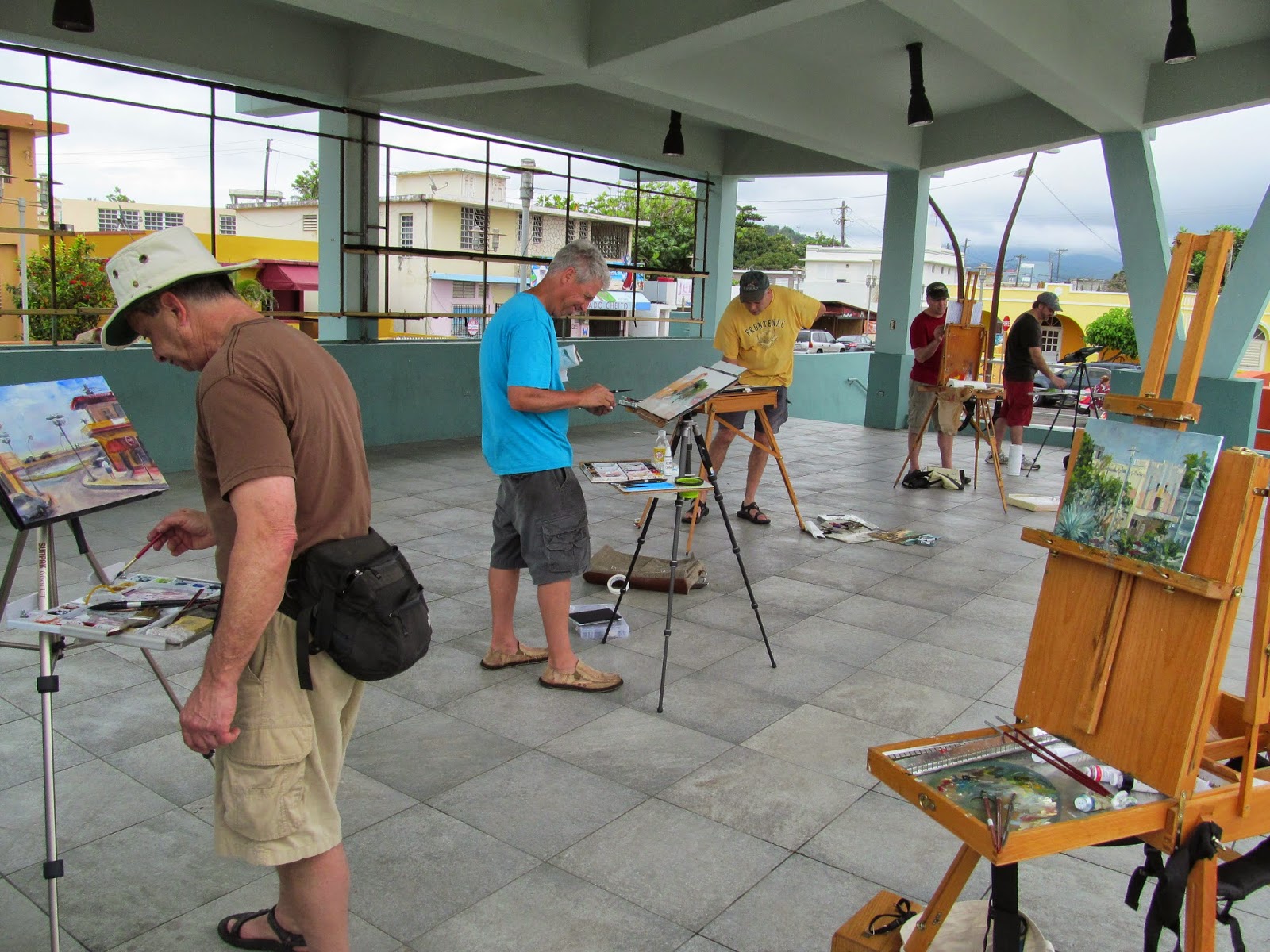 I'm told this building was a movie theater once. I loved its old face, and all the color on and around it.
Later there was a hint of blue sky, as I tried my hand at a beach painting.


Monday was another cloudy and windy day. We painted in Las Croabas. My eye was drawn to this one boat, set a little apart from all the others.


Tuesday we painted in Old San Juan. I was glad to get a chance to explore this place a little more. It's a beautiful town, old and full of history and character. And we had sunshine! 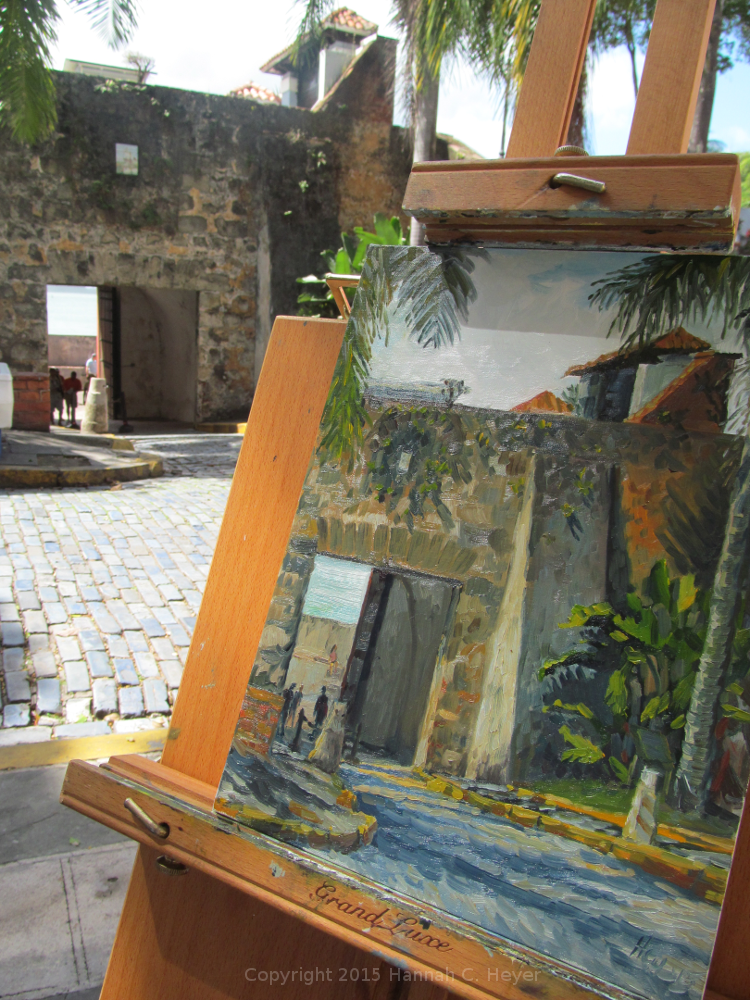 This one had to be done quickly, we were short on time, but it was such a great view. The light was amazing- but constantly changing as the clouds blew across the sky.


Wednesday we had a day trip to the little island of Culebra. Beaches, wildlife, jeeps and golfcarts. Flamenco beach was pretty quiet when we first arrived. I found a spot with some shade and, importantly, a little out of the wind. By the time I finished, the beach was full, and nearly every spot of shade was occupied.

Later some of us visited another beach, which was a calmer area and better for snorkeling. I failed at snorkeling, however, and gasped and floundered back to shore, just missing out on seeing sea turtles! But hey, it was nice to sit on a sunny beach and paint too.


Thursday was a much quieter day, and I painted the first one on the beach just by the house.
Later I revisited these rocks, which I painted a couple of times on my last visit. This time I climbed up on top and painted looking out to sea. It was so windy! But I had a nice vantage point and really enjoyed doing this one.


Friday, I stayed put. I was feeling worn down even before the trip, and it was catching up with me. This was painted from the balcony of the house, looking down the street. I wanted to paint some of the local houses, their interesting shapes and colors, and that big palm blowing in the wind. A dog came out on a balcony a few houses down and I put him in too.

The group this time had two oil painters and five watercolor artists. Check out some of their work!
danwiemer.com
mikerada.com
andyevansen.com
riverpainter.com
Posted by H.C.H. at 10:54 PM 5 comments:

The latest and greatest way to haul painting gear in the snow: 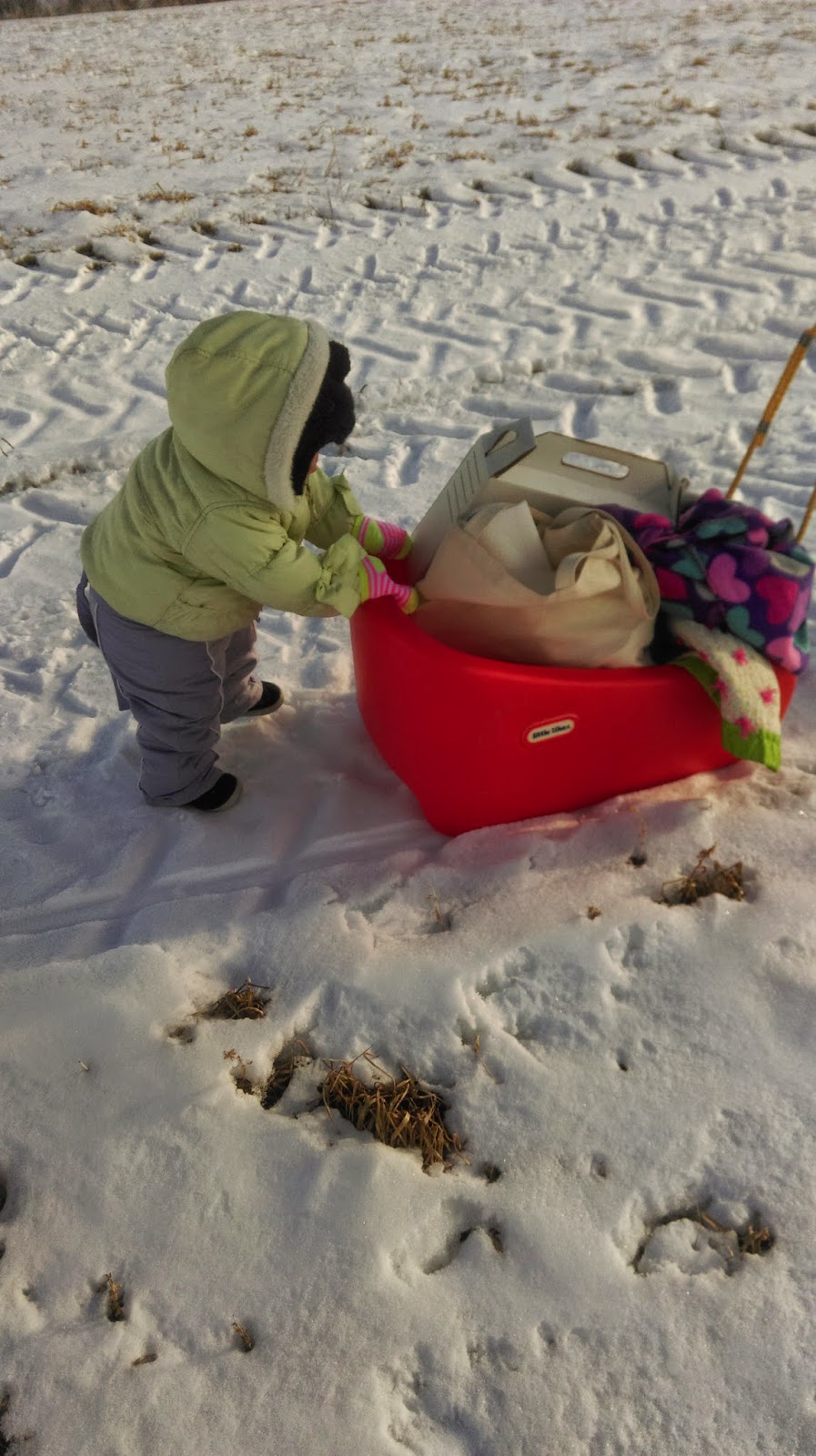 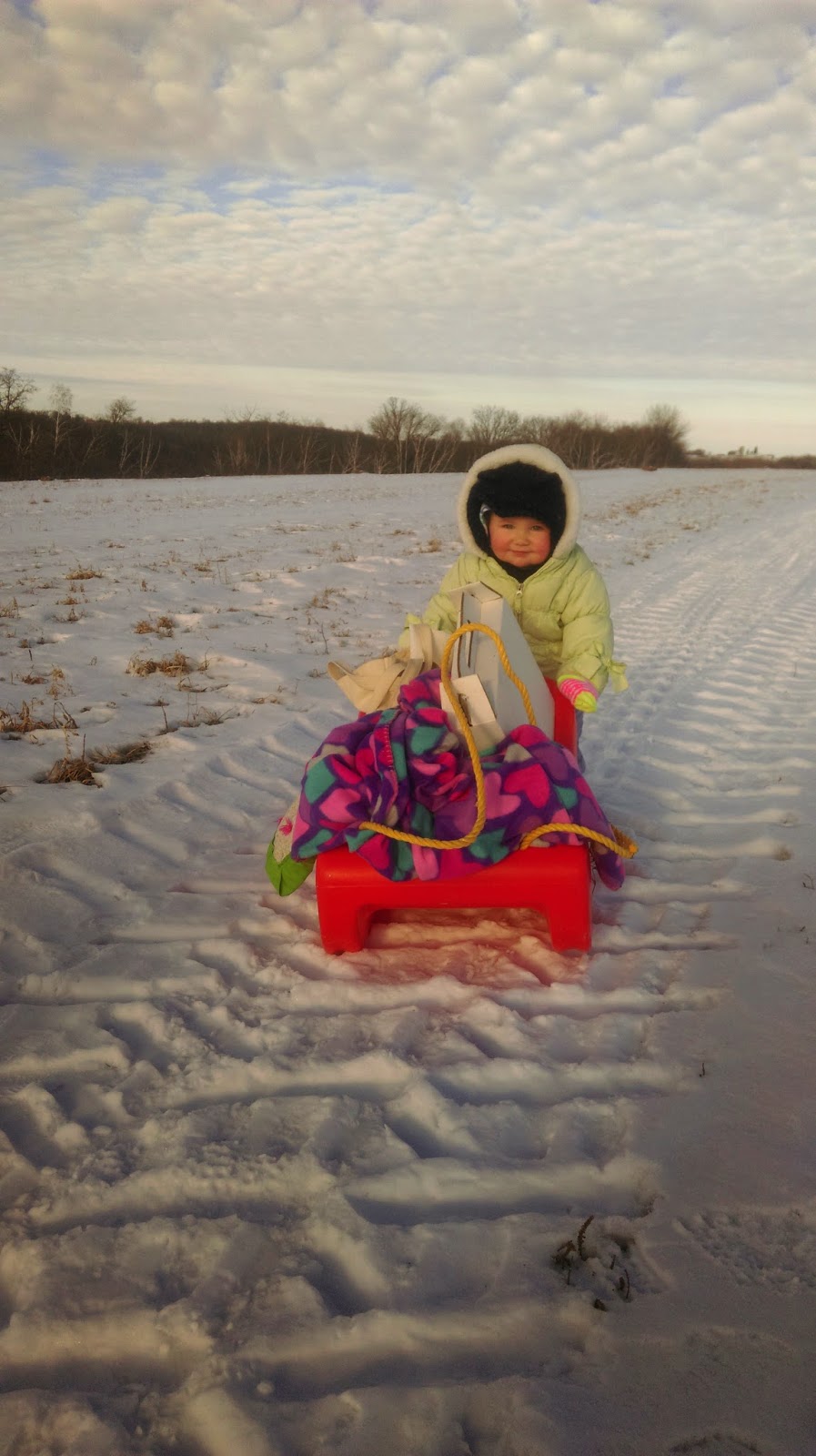 After not getting out to paint for two months, I started January feeling mighty rusty. But it was great to get out in the snow, and I hope to get some more painting time in before the winter ends.